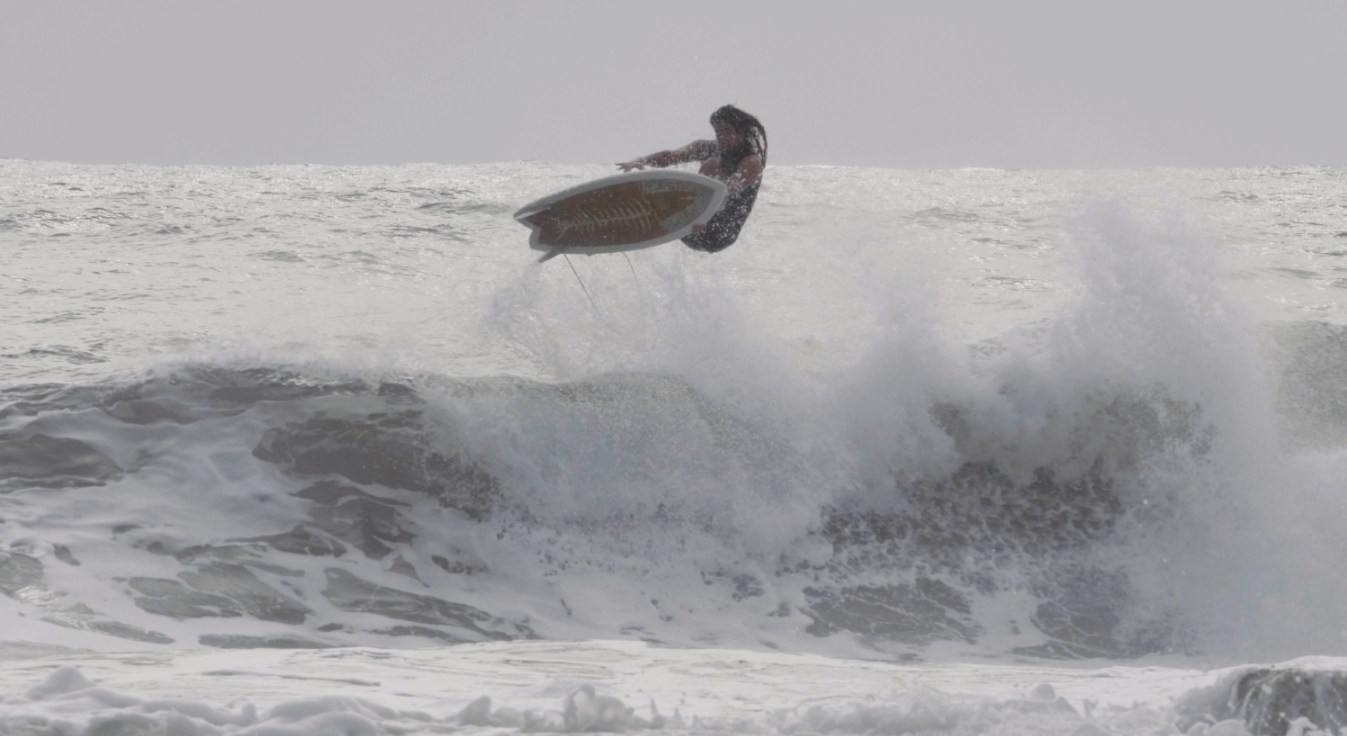 a puff of fresh air

Sure, upcycling is hot. But who’d have thought you could upcycle old cigarette butts into functional, artistic surfboards? Leave it to industrial designer Taylor Lane to figure out that it can be done, and beautifully. Along with filmmaker Ben Judkins, their commitment to ocean stewardship resulted in an award-winning end product: The Cigarette Surfboard.

According to the latest littering study by Keep America Beautiful, cigarette butts remain the most commonly littered item, comprising nearly 20% of all litter. The 2021 report estimates that 9.7 billion cigarette butts are littered in the United States each year, and four billion of these are in waterways [1]. Many butts littered on land are likely mobilized to oceans [2]. Cigarette butts are made of cellulose acetate, a plastic. Hence, they contribute to the volume of plastics entering the world’s oceans each year [3,4].  ~ The National Library of Medicine. They contain toxins that leach into the environment, and their plastic (cellulose acetate) components will never completely decompose.

The surf company Vissla collaborated with the Surfrider Foundation to start a competition for creators to build surf-craft from upcycled materials. That contest was Lane’s cue to take his frustrations over all those cigarette butts spoiling the beaches and turned it into a source of inspiration. In 2017, their first cigarette surfboard, built with 10,000 cigarette butts and biobased Entropy Resins CLR Clear Laminating Epoxy, took first place in Vissla + Surfrider’s Creators Contest. The board was described as “visually disgusting but awesome in how gross it is,” according to NPR’s Morning Edition.

After winning the contents, Judkins and Lane decided to use Ciggy Boards to highlight the environmental problem of littered cigarette butts. They got involved with a California state senate bill (CA-SB424), known as “Ban the Butt,” an attempt to hold the tobacco industry accountable for single-use filters on cigarettes and vape devices in California. The Ciggy Board served as a symbol for this grassroots environmental campaign.

“The Ciggy Boards have become more than just conversation starters,” Lane said during an interview on KTLA Morning News. “And they do more than just ride waves. The ocean is under threat, and as surfers it’s our responsibility to protect it.”

Entropy Resins has supported Ciggy Boards since they first reached out to us in need of CLR Clear Laminating Epoxy back in late 2018. We think Taylor and Judkins should be extremely proud of how their efforts have highlighted a serious environmental project, and how they’ve managed to tell the world about it in ways that are informative and inspiring. In addition to their short films and full-length documentary, they’ve appeared on numerous TV programs, news publications, surf and environmental events, film festivals, and in speaking engagements.

Lane has now produced ten Ciggy Boards, honing his techniques so that each board is stronger and lighter than the one before it. He works with other well-known surfboard shapers, developing Ciggy Boards for different ocean conditions and surfing styles. Their influence has helped Lane to ensure that his cigarette boards are well-designed, functional, and a joy to surf. He uses butts collected in beach clean-ups to turn the top layers of his surfboards into fun and funky art.

Trailer for the documentary film.

Partner and filmmaker Judkins has released 18 short videos featuring Ciggy Boards, and has a feature-length documentary film in the works. The film’s premise is that small actions like flicking away a cigarette butt (or not) can have a big impact on the environment. It is scheduled for release in 2021.

This website uses cookies to improve your experience while you navigate through the website. Out of these cookies, the cookies that are categorized as necessary are stored on your browser as they are essential for the working of basic functionalities of the website. We also use third-party cookies that help us analyze and understand how you use this website. These cookies will be stored in your browser only with your consent. You also have the option to opt-out of these cookies. But opting out of some of these cookies may have an effect on your browsing experience.
Necessary Always Enabled
Necessary cookies are absolutely essential for the website to function properly. This category only includes cookies that ensures basic functionalities and security features of the website. These cookies do not store any personal information.
Non-necessary
Any cookies that may not be particularly necessary for the website to function and is used specifically to collect user personal data via analytics, ads, other embedded contents are termed as non-necessary cookies. It is mandatory to procure user consent prior to running these cookies on your website.
SAVE & ACCEPT